Early in January 2015 I received an e-mail from CompTIA offering to participate in a new pilot program they’re running. The program offered $100 certification exams and the opportunity to sit for the exam at home. They have partnered with ProctorU, an online proctoring service that utilizes your webcam and a locked down browser to monitor you while you take the test from the comfort of your own home. It’s used by a lengthy list of colleges and other institutions and this is their first partnership with CompTIA. Initially I was interested in the program but wagered it would still be around when my classes were done in April.

Fast forward to this week when I happened to be browsing TechExams.net and noticed the program had ended and ProctorU had slashed the exam price down to $50 per exam but with a solid expiration date of 3/31/2015.

The exact details from the ProctorU site are:

Test at home for only $50.00! This special offer is only available for the following exams:
CompTIA Cloud+
CompTIA Project+
CompTIA Server+
Hurry! Offer expires 3/31/2015!
This offer is valid in the United States and Canada only.

It’s easy to take advantage of the offer. Just sign up for an account and login to ProctorU and add CompTIA as your institution. After you’ve entered your information and created an account and then selected Schedule New Exam. The screen you see below will list your choices and you can add each exam you’re interested in to your cart individually.

Once you pay for your exams (no shipping or tax, an even $100 USD for my two exams) ProctorU will send you a voucher code via e-mail. Each set of codes will come in a separate e-mail. Login to your account at Pearson Vue (or create one if this is your first exam) and sign up for testing. As you work through the Pearson Vue site the cart will reflect the full $279 until you enter your Access Code and Promo Code.

Given that I already have some virtualization experience I’m going to try my hand at Cloud+ first, and Project+ a week later. If I enjoy the experience I may try to squeeze Server+ in before the end of the month. The short deadline is somewhat difficult but has motivated me to knock these two certifications out and clear them off of my certification track. Incidentally, if you go to Amazon you can get a 7-day trial of Stammer and Wilson’s CompTIA Cloud+ Certification Study Guide to use to freshen up on your virtualization knowledge. It is worth nothing that the Cloud+ exam does require renewal in three years or it will expire, but it can be renewed by completing higher level CompTIA certifications so this is not a concern for me. 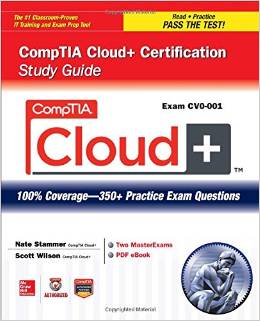 It’s important for me to point out that I do not work for ProctorU, CompTIA, or PearsonVue. Though I do have an Amazon Referral account. I just wanted to pass along the opportunity to get about $850 worth of certifications for $150 out the door. This is very likely going to be the cheapest way to obtain these exam certification vouchers ever.

Best of luck and happy testing. 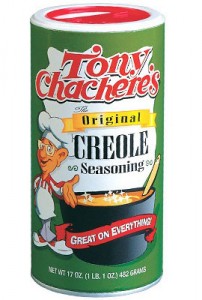 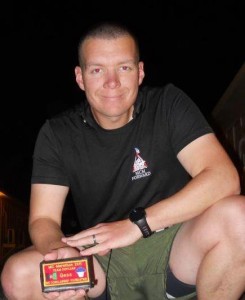